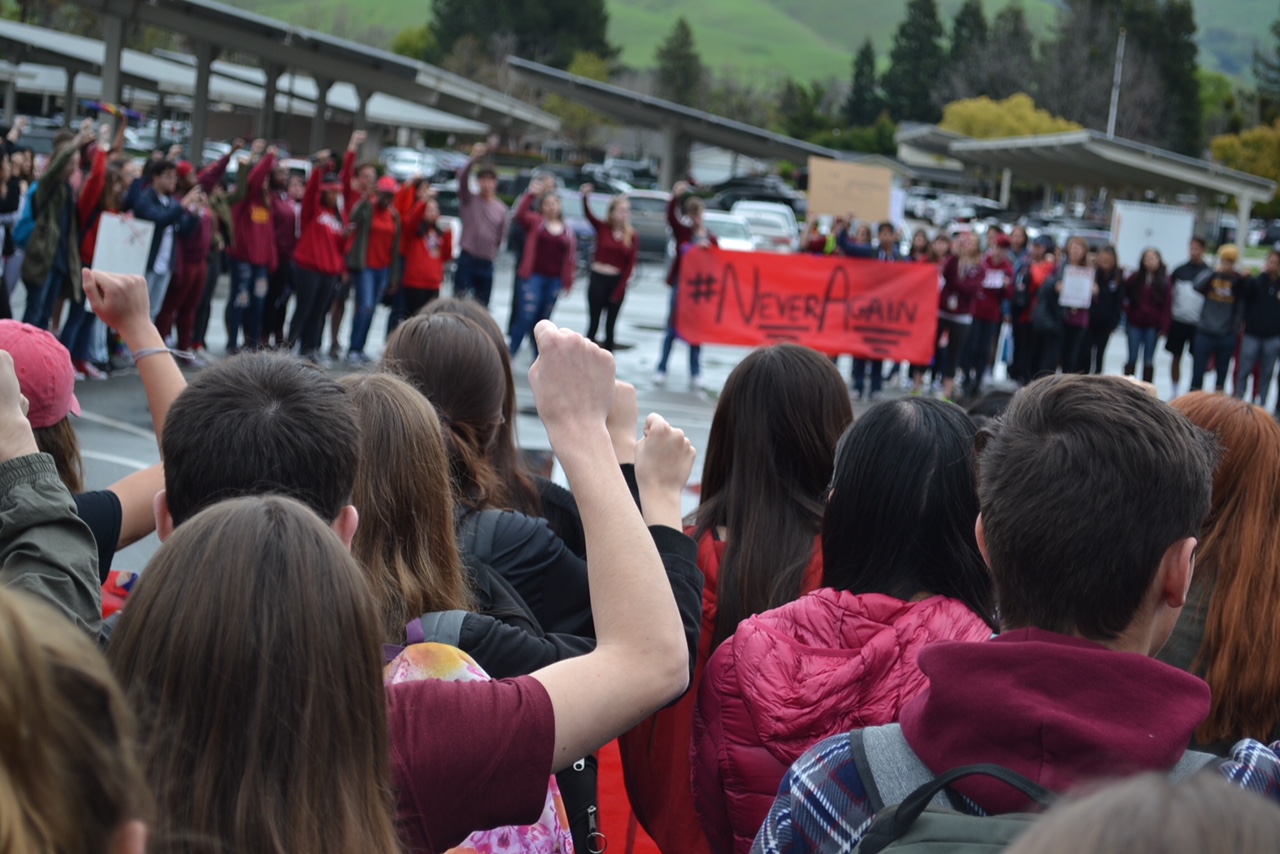 That is the message Northgate students sent during a sanctioned protest on March 14 in solidarity with school walkouts across the country exactly a month after a mass shooting at Marjory Stoneman Douglas High School in Parkland, Florida in which a teen wielding an assault rifle gunned down 17 people.
A modified school schedule that included extended time unstructured protest started during an extended brunch, with a silent remembrance of the 17 victims and several student speaker and Principal Michael McAlister.

Seventeen tones of a bell followed by a student reading a name for each victim broke the silence in the gym, where over a thousand students and staff attended. The
event spontaneously moved to the blacktop, where the event had been planned by student organizers, and led by junior Lucy Siale. An estimated 200 to 300 students decided not to attend the walkout.

Since the shooting at Columbine High School in 1999, there have been 208 school shootings, according to Denver-based outlet WestWord. The Washington Post reports that over 187,000 students
have experienced a mass shooting situation and Axios said that 122 students have been killed in school massacres.

Students that attended the walk out felt proud to make a statement and to join in solidarity with students walking out across the nation.

“I thought it was really nice to have something where we could all come together, because we were really scared over the Parkland shooting,” freshman Alison Ennik said. “The idea of all of us coming together will remain with me. I know there were people on both sides of the [gun control] issue.”

“It’s important for kids to take action for gun control because it is an issue that permeates into our own lives,” said senior Tracy Pan. Pan is one of the CSF presidents who helped organized poster-making in preparation for the walkout. “The foundation of our education should first and foremost be safety, and when there is a threat to that foundation, we as students must speak out against the system that fails to solidify it in the first place.”

“I wanted to join in with the rest of the nation to remember the victims and the survivors,” said sophomore Rachel Stokel. She added that she liked when organizer Lucy Siale “took charge and decided we were going outside – just a little civil disobedience.”