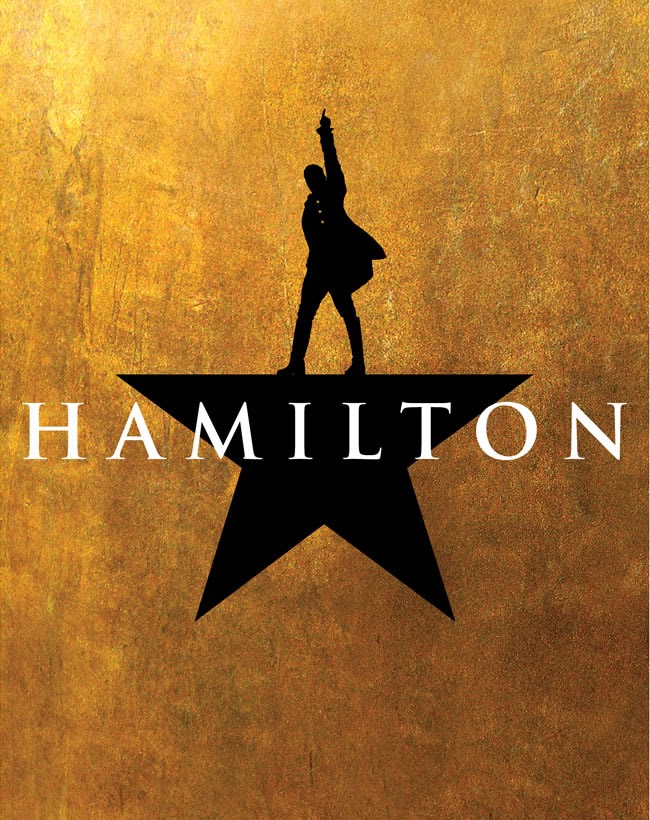 Eliza Hamilton sings the inspirational phrase, “Look around at how lucky we are to be alive right now” in Lin Manuel-Miranda’s masterpiece Hamilton.

At a time when I felt anything but lucky to be alive in the midst of the pandemic, this musical raised my spirits. I was also able to feel a great appreciation for Alexander Hamilton, for all he endured to create such a strong government for our country.

After more than three months in a nearly nationwide stay-at-home order due to the rapidly expanding coronavirus, fans everywhere – including everyone in my house – waited in anticipation for July 3 when the original cast’s Broadway hit performance of Hamilton, starring Lin-Manuel Miranda, Leslie Odom Jr. and Phillipa Soo, would stream into homes.

These talented actors and many others shared the inspiring story of one of America’s founding fathers, Alexander Hamilton. This musical is especially unique with the combination of traditional Broadway numbers and rap songs, peppered with hip-hop, R&B and soul.

I wasn’t alone in welcoming the Hamilton cast with open arms into my family room. According to Nexttv, 2.7 million households watched this musical on Disney Plus, which became nearly five years to the day after it opened in New York. We learned of Hamilton’s hardships and triumphs. I was inspired by his hardworking nature, and felt grateful for all that he did to create this country. Other students shared my enthusiasm.

“Getting to watch Hamilton in the midst of a pandemic lifted the spirits for me and my family for a fun and mostly family-friendly movie night!” recalled sophomore Macey Harlow, who has also seen the show in person.  “My family loves the soundtrack so it was awesome to see the people perform it up close.”

Although not intended to be a documentary, this musical also teaches history lessons, diving deeper into the establishment of the creation of the U.S. Treasury and the United States.

Students are not the only one to learn more about our country’s history through this inspiring rendition. “Learning more about the personal lives and personalities of Hamilton and Burr was super interesting,” said World History teacher Brian Corbett. “I like learning about people in general and sometimes as a history teacher I don’t slow down enough to learn the more personal details of the people I am teaching about.”

Hamilton contains many messages such as hope, perseverance, patience, and love. Aaron Burr, the narrator and antagonist in this story constantly talks of waiting for the golden opportunity to get the best out of life. He has an entire song entitled “Wait for It” in which he describes his incredible patience.

Alexander is not the only Hamilton to show amazing traits and an admirable work ethic. Eliza Hamilton, Alexander’s wife, shows her love for him over and over again in the musical. When he comes home from war after one too many disagreements with George Washington, ashamed of himself, Eliza reminds him to have hope when it matters most. When he does the unimaginable and has an affair with a married woman, she finds it in her heart to forgive him. In the last song, “Who Lives, Who Dies, Who Tells Your Story,” Eliza’s immense work with orphans is revealed.

Both Aaron Burr and Hamilton show their immense joy at becoming fathers in their shared song, “Dear Theodosia.” There are many songs where Hamilton and his friends enjoy their camaraderie.

For all of the feel-good moments, the story reveals some powerful punches. Many who see the play also learn for the first time that Hamilton committed adultery, creating a sex scandal that his adversaries tried to use against him.

“Human beings, we make mistakes. We can be boastful, we can be arrogant, we can be hurtful sometimes, and selfish. I think that seeing a great man who helped develop our nation have these faults sends kind of a message to the rest of us, that we should always strive to be better and to not do the things that are hurtful to other people,” Reimer said. “But I think we are going to make mistakes. I think it’s important to realize that these historical figures, these great men-we always read about them as the title of the page in your history book. But they’re still men. They’re still human. They’re still fallible. To me, that’s what makes history really interesting, the controversy.”

One of the most stark contrasts between this story and the reality of the revolutionary era is the minimal representation of racism and slavery.  A diverse multi-racial cast portrays a time when slavery existed and where White founding fathers, some of whom were slave owners, crafted the U.S. Constitution that gave freedom to Whites.

While the idea of slavery is mentioned in this musical enough to not seem forgotten, many, from critics to observers, believe that Lin-Manuel Miranda did not mention this issue enough. The discussion re-emerged with last summer’s reinvigorated nationwide protests over treatment of Blacks and racial inequality and the televised release of the show.

In a 2020 interview with KQED, Miranda said, “[Slavery] is in the third line of our show. It’s a system in which every character in our show is complicit in some way or another.”

Miranda, who based his production on Ron Chernow’s 2004 biography Alexander Hamilton,  incorporates a racially diverse cast into this musical, almost entirely Black, Asian and people of color.

Taylor West, who saw the show last year in San Francisco with her junior Threads class, felt that Miranda included enough about people of color. “In a song, I don’t remember which one, he said something like ‘this country was built on the backs of slaves’ and I think that was really important and I think that that was really cool that he included it. But I don’t think that people of color are necessarily what the entire story is about, while it does play a huge role,” said the senior, who identifies herself as biracial, Black and White. “Could he have included more? Sure, but I don’t really think that it’s necessary.”

Christine Reimer looked at this with an educational mindset when asked if she thought that Miranda handled this sensitive topic well.

“To blame Lin-Manuel Miranda for not including more of the voice of people who at the time who were slaves, the bottom line is in history – people didn’t have a voice. Their absence is indicative of the time period. I think his choice to have a very diverse cast was intentional well before the events that have happened in the past few years,” Reimer said.

Reimer said that accurate knowledge of those who were excluded or not represented is necessary, and she suggests that the play’s cast is a nod to the importance of inclusion. “You can’t talk about talk about the creation of the Constitution without talking about slavery and about the brutality of that institution. You can’t talk about any major event in American history without talking about how it affected people of color and the indigenous population,” she said.

Sophomore Chloe Mannion saw Hamilton in San Francisco, before theaters closed in March, and also on television in July. “The darker topics in the story reveal the reality of the story and the real situations that are in history. I feel like the representation of so many people of color in the musical was really uplifting and really conveys a message,” she said.

The message of the play is positive, a celebration and a beautiful representation of diversity. The deeper story is one that definitely deserves more reflection, and education. Racism is not acceptable. It never was and never will be. Miranda took a noticeable step in incorporating a diverse cast, but it is sad that this is such a big step. There are many diverse people who have extraordinary talents, both in breaking hearts on the stage and fixing hearts in a hospital. To not give these people the opportunities that they deserve just because of the color of their skin is inhumane.

Although spirited and energizing, “uplifting” is not the word to describe the entire show as death occupies a significant portion of the story. Sophomore Macey Harlow points to the death of Hamilton’s son as a poignant scene. “The part with Phillip’s death is the worst and the best part – it’s super heartbreaking but also touching because the music is so soft yet powerful and beautiful. The song, “Quiet Uptown” is one of my favorite songs when they are singing about his death and forgiveness between Eliza and Hamilton. It’s super touching and beautifully written.”

Although I definitely did not enjoy the scenes where Hamilton made mistakes and innocent people died, they add to the story. Tears – both the characters’ and my own – were definitely shed as parents lost their first born son. This reminds me, and hopefully others out there, that nothing good in life comes easily. Mistakes and hard work are required to get what is wanted out of life, just as Hamilton and Hamilton show.

Hamilton is an inspirational musical that clearly resonates with many, including me. The examples of both Alexander and Eliza are incredible. To think that people had the chance last summer, during an incredibly challenging time for so many, to see such a whirlwind of a performance based on thought-provoking history is indescribable.

Now, urged to remain home again, challenges continue. In the words of Eliza – with whom I now feel I’m on a first name basis – “Look around at how lucky we are to be alive right now.”