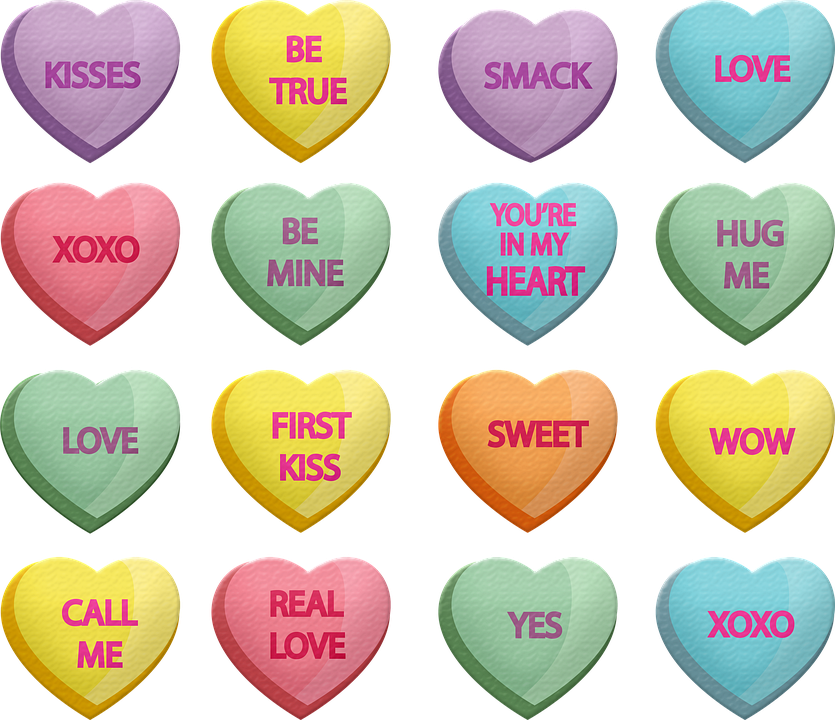 The origins of Valentine conversation heart candy dates back to 1847.

Valentine’s Day is the kind of holiday that is impossible to forget about. A month in advance, every grocery market, florist, and department store enter a frenzy to show off new themed memorabilia. The chocolate bars wrapped in pink cellophane, huge bouquets, and even colorful fruit baskets all serve as a reminder of the special occasion.

February 14 has taken on different forms over the years, from a primarily romantic standpoint to a general celebration of the important figures in our lives. Throughout it all, however, one thing has remained steady: conversation hearts.

The hard candies, in all of their pastel glory, hold a special place in our memory. Conversation hearts may also secure a spot in the hall of fame for its equally special origins. It seems obvious that they would be made in a candy factory of some sort by a confectionary connoisseur – after all, they are sugary treats that any doctor wouldn’t hesitate to denounce. But the comical irony of history begs to differ. Indeed, the person responsible for the iconic symbol of love was none other than a doctor himself.

Conversation hearts were more so an accidental feat than a premeditated revolution. As per the Huffpost, pharmacist Oliver Chase was tasked with creating lozenges for mild illnesses. Production featured the crushing of ingredients and carving of shapes by hand. It was difficult to make a large supply of the medicine using their traditional method. Chase’s famous invention solved this issue and served as his gateway into the candy making scene. By doing the exact same job, his machine eased work, and more importantly in this case, made history as the first American candy device.

Following this success, Chase began his career in confections and cemented his infamous role in Valentine’s Day traditions by founding Necco in 1847. According to Smithsonian Magazine, the first glimpse into the future came with the company’s scallop-shaped candies, which had rather lengthy notes inscribed inside. Even in the first stage of development, the confections already resembled the legendary nature that modernly graces stores.

Daniel Chase, a sibling of the founder, brought the sweets one step closer to their final form. His machine printed out these messages on the candies, though at this point they still lacked their heart silhouette and small size. Finally, the early 1900s proved to be pivotal for the Valentine’s Day treat, when they were altered into a heart shape. It was at this point when the writing reached the simplistic nature we are used to today. Thus, conversation hearts were born.

Though conversation hearts were once popular with older audiences, today their fate is more so in the hands of school children. Classroom parties feature the exchanging of small gifts among classmates, often being candy. Conversation hearts dominated this realm, and provided youngsters with fond memories of the classic holiday. Northgate students are not exempt from the power of nostalgia that these small candies manage to possess.

Junior Ashley Welday recalls her childhood, explaining, “the Valentine’s Day conversation hearts make me think of when I was in elementary school and we would make valentines for everyone in our class… at the end [of exchanging them] we would have a big pile and I would always get a bunch of the conversation hearts… it just brings back really good and happy memories.”

Freshman Emma Collier holds the candies near and dear to her heart due to one Valentine’s Day party at her elementary school.“This girl gave me the conversation hearts, and we started to bond over how much we liked them… we ended up going on the playground at lunchtime and now she’s one of my best friends,” she explained.

Junior Charlize Wulf shares a similar memory to the others. “I used to give them to all my friends each Valentine’s Day to see the cute messages,”  she said.

For some students, the significance of conversation hearts are what win them over every time Valentine’s Day rolls around… although the flavor is pretty tempting, too!

Sophomore Lily Wright encompasses the meaning behind conversation hearts, explaining that they “bring the nostalgia of weddings and parties,” and makes note of their “adorable… cheesy messages and rainbow of colors.” The “memories you get when you see them… [bring] you back to elementary school.” Though she acknowledges “you either love them or hate them,” Wright finds herself in favor of how “they taste fruity with [their chalky texture].”

Sophomore Keren Trost reveals that “I actually like them. I think they’re really cute and sweet,” adding that in the grand scheme of things, “it’s honestly a really good Valentine’s candy.”

“They bring so much love and joy to people who need them. Leaving people with a smile on their face leaves you feeling happy yourself!” Lauren Kaplan, a fellow sophomore, says, mirroring Trost’s remarks that she “like[s] conversation hearts!”

Freshman Emma Dugan falls somewhere in between. Although “they aren’t the best taste-wise,” she admits “they’re good enough to buy and it’s always fun to read the messages.”

Romance comes and goes, but conversation hearts are forever! Over a hundred years after hitting the market, these candies are still going strong and have proved themselves to be a classic among the masses. It seems unlikely that they will leave the shelves any time soon.

Conversation hearts have come a long way, from a medicinal fad to a bold candy, from a factory to Northgate students. From a dream of a pharmacist to the article of a high school student. From the Sentinel staff to you, happy Valentine’s Day!