Despite a year of closed theaters, the show must go on – Academy Awards to air April 25

"And the Oscar goes to...." Sentinel staff writer Rachel Rosenfield, who has seen all eight nominees for Best Picture, offers her own ranking - and where to see them for a $5 ticket 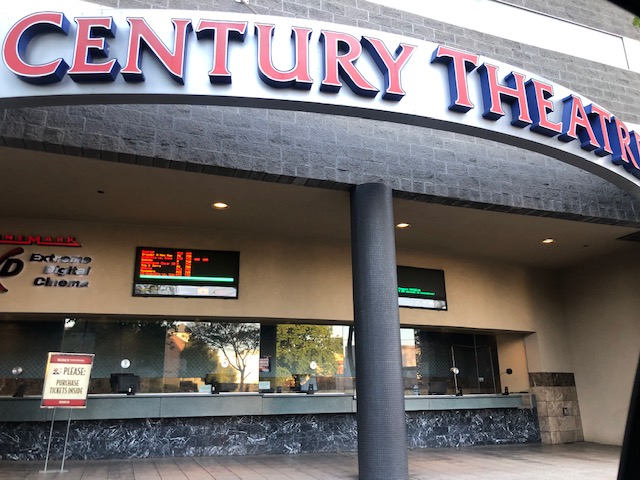 Movie theatres may have been shut down for most of the past year, but the show must go on – the Academy Awards show, that is.

The 93rd Academy Awards will take place April 25, airing at 5 p.m. on ABC, revealing the best movies of 2020 as voted by members of the Academy of Motion Pictures. This has been an abnormal movie year with theatres closing and so many movies pushed back, but there is still a plethora of fabulous movies that came out on streaming services and for rental.

Eight films have been nominated for the coveted title of Best Picture. I was fortunate enough to get to see all of these – and I have opinions on all of them.

Better yet, everyone can watch them: Cinemark is hosting an Oscar Movie Week festival featuring the Best Picture nominees for $5 each. People can also pay $10 to see all of the nominees for Best Short Film. This festival will be held from April 19 -25, with the short films shown from April 23 to 25 at Walnut Creek’s Century 14 and XD movie theatre, 1201 Locust St.

Although the Academy that bestows the Oscars never called for my opinion,  because these are all terrific movies. Even films ranked by professional critics toward the bottom of the candidates are amazing – but this amateur critic is able to connect to some more than others.

Here are my rankings for best picture starting with an engaging eighth place choice and moving toward number one:

Citizen Kane is one of the most revered movies of all time, and this movie gives an inside look into the making of this film. Mank refers to Herman J. Mankiewicz, screenwriter of Citizen Kane, as he races to finish writing the film in this completely black and white examination of old school Hollywood. I usually prefer my movies in color, but I felt this film was a great history lesson wrapped in an intriguing story. This film may not have grabbed me or excited me as much as the other films on this list, but it is a great film for anyone who is interested in cinema history.

In 1980s Arkansas, a Korean family has the American Dream. Jacob, the patriarch of the family decides to start a farm as he believes this will lead to wealth and prosperity for his family. The family, especially his wife, are a little skeptical, but they try to stick together and make their lives as happy as can be. This was a film filled with great performances and had a very touching story. It showed true struggles in this family and it makes you feel empathy for what this family goes through. It did not pull me in as much as other movies and was slightly flat at certain points, but was still an important film that people should see.

When your home is mobile and you do not have any other people to rely on, the country is your oyster. This film follows the journey of Fern, who became a nomad after the economic recession, as she travels to many states in her trailer, works small jobs, interacts with friends, and lives without boundaries. A cast featuring real life nomads, this is a story of living life without anyone else’s control. This is a type of character I feel that I have not seen much in the media, and I felt there was an interesting story told. This showed a true nomad experience, and the casting of actual nomads was inspired and made this movie very personal. There was not a lot of drama in this movie, so there were not many exciting moments, but it was still a movie that told a very thought provoking story.

5. Judas and the Black Messiah (Available on VOD)(Rated R)

In 1969, Fred Hampton, Chairman of the Illinois chapter of the Black Panther Party, was assassinated at the age of 21. This movie tells the story of the informant, William O’Neal, who was tasked by the FBI to go undercover in the Black Panthers to find information about Hampton so that he could be taken down. This is a saddening tale that showed a person who had a lot he needed to say, and the person who silenced him. I found this movie to be very gripping and included very captivating performances. The story could have been more fluid, but I felt this was a necessary film that shows the problems that have existed in our country for decades.

4. The Trial of the Chicago Seven (Available on Netflix)(Rated R)

In 1969, Eight men were on trial for causing anti war riots, attacking police, and conspiracy to attack during the Democratic Party National Convention. This movie shows the months of injustice, anger, craziness, racism, and fury of this trial, and how the problems of this trial reflect the problems of today. This film had a stellar cast, an important message, and a lot of heart. It was a very biting story that was packed with drama and sad real life events that make you upset with this country. It was a slightly formulaic movie, but the reason these types of movies are formulas is because they work. It was a fantastic movie that people should see to learn more about this nation’s history and see a story that almost seems unreal.

While not everyone knows what it is like to be deaf, this movie gives the viewer an insight into what is like and the challenges one has to face. Ruben is a heavy metal drummer and recovering drug addict who starts to go deaf. When he starts freaking out about the situation, his girlfriend sends him to a home for deaf people who are also recovering addicts. At this home he learns about the deaf community and about himself. This was a very intriguing story with a very complex main character. I also really loved the sound design that immersed the viewer as if they were also going deaf, and this is what really sucked me into the film. This was a very gripping story that deserves recognition, and everyone should see the moving story it tells.

Women in society have to deal with a lot of countless cases of mistreatment and disrespect without anyone listening to them. This movie examines that concept and dials it up. Cassie is a woman who dropped out of medical school after her best friend was sexually assaulted. Now she goes to bars pretending to be hopelessly drunk so that she can catch and confront guys who try to take advantage of her. When she meets a nice guy from her past, it inspires her to start a new relationship but also to get revenge on the people who caused her and her friend’s pain. This was a very unique movie with so many twists and turns that really fit together. Everything about this movie was captivating and every character felt important and had exciting presences. This movie showed the problems against women in society and how they need to be fixed, and this movie needs to be seen by everyone for the message and for the insane and exciting tale.

Growing old can be a terrifying experience, especially when it involves not knowing your own life anymore. Anthony is an old man with dementia and a daughter who is worried about him. This movie is told through Anthony’s eyes as some people become unrecognizable, other people claim that conversations we saw never happened, and certain events start to repeat themselves creating a feeling of deja vu. Anthony feels that he is losing his mind as all of this is happening, and the audience starts to feel the same way. This was a harrowing tale that not only pulled me into the movie’s story, but made me feel like I was actually living this movie. With masterful editing, a powerful cast, and an emotional plot, this movie had my eyes glued the whole time and it makes a person wonder about themselves and their future. This movie may hit too close to home if you have a relative with dementia, but it is truly a fascinating movie that everyone should see if they are presented with the opportunity.

When the pandemic first started, people thought this would be a lackluster year of movies with an Oscars that would be forgettable. As it turns out, this was a year filled with truly remarkable movies that are all worthy of their nominations. I am glad that I have been able to watch all of these as they were all great viewing experiences and, hopefully, many more people are able to see them, as well. Any of them are worthy of the title of Best Picture.