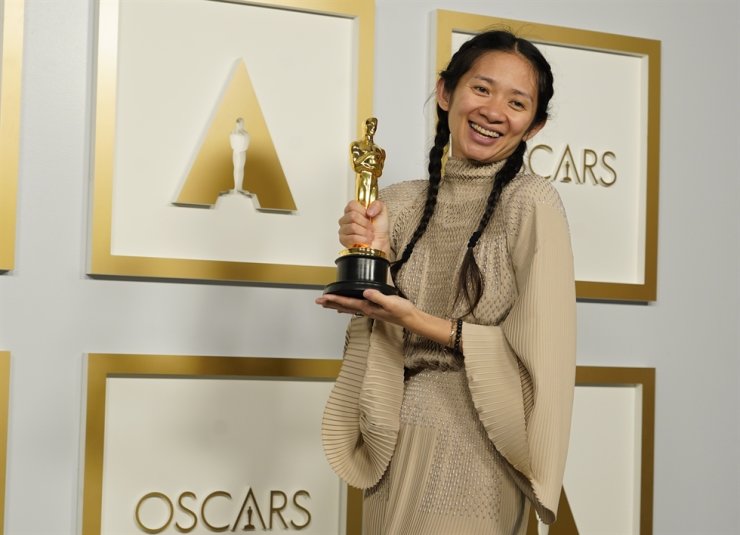 With all of the reports of crime and violence against Asians, Asian Americans and people of Asian-American Pacific Islander (AAPI) descent, it was refreshing and uplifting to hear that Chloe Zhao has won the best director award. The violence against many Asians over the past year has been horrendous, and many of this ethnicity are struggling to stay positive in this time. With the Academy Awards often criticized for its historical lack of diversity, Zhao’s win is even more impactful for many.

Zhao’s win with Nomadland at the Oscars on April 25 gave her a starring role and not just a cameo in the 93-year-old tradition:  she became the first woman of Asian descent to win the Best Director award, as well as the second woman to win the award and just the third of Asian descent to win the award. I am infatuated with the film industry for I, like many others, desired a more diverse Academy Award ceremony. Thankfully, I believe we are very close to that achievement.

Zhao’s Nomadland, was clearly not the most popular. This film about Americans who are marginalized in society and roam the west only grossed just over $9 million internationally, while other movies nominated earned over $15 million. The nomination of a smaller movie and the win of a smaller movie director shows how the phlegmatic nominators became stellar movie critics.

Zhao is now expanding across bigger projects, as the head director of upcoming Marvel movie Eternals. This movie will dwarf the revenue of any of her previous projects, and it features characters that are new to the Marvel Cinematic Universe. This movie will feature Marvel’s first gay superhero, as well as the first deaf superheroine. Seeing the growth of this AAPI director and seeing Zhao expand into a multi-billion dollar company is confounding, but I appreciate how much our society is growing into diversity.

We fully expect bigger things for Chloe Zhao in the future, but Zhao’s present success affects all writers and directors of color. This win not only inspires Asian directors, but it also inspires every woman and even man that has dreams of winning an Oscar. Zhao’s struggles show that no matter what comes across your way, anything can be done to overcome it.

Zhao’s win is more significant than some people may realize. Not only does the recognition break records, whether it is significant to women or to people of color, Zhao’s win has paved the way for future dreamers.