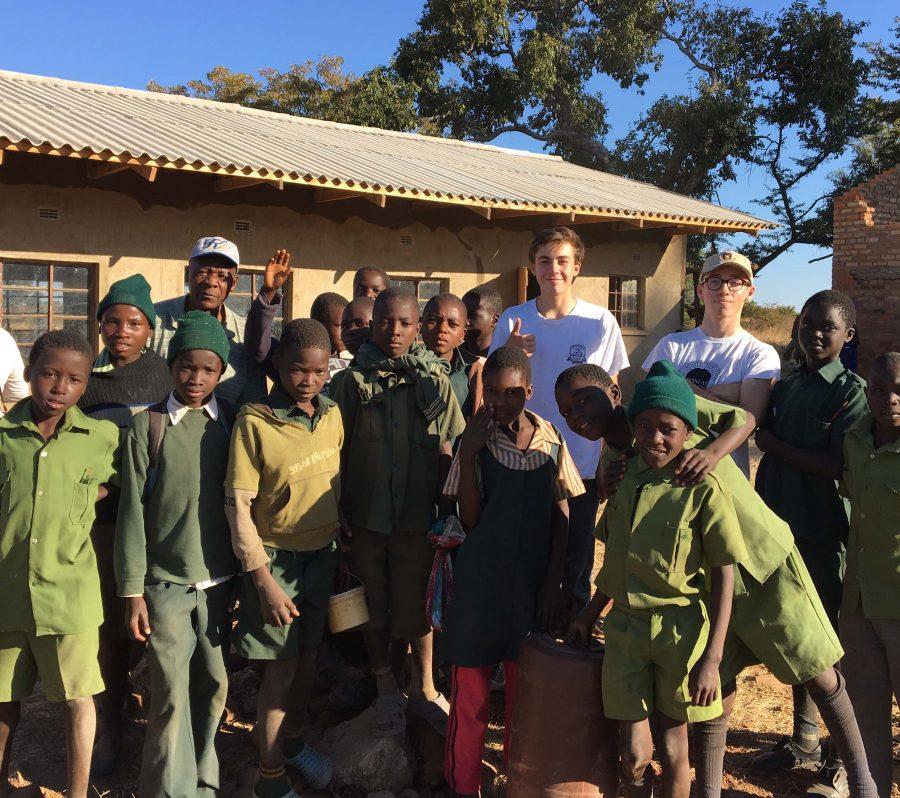 People reference African countries, but how many people have been to any? The general public has a misconceived image of less developed countries, and to understand, you have to immerse yourself. Last summer, I dove into Zimbabwe.

My mother and I have been supporting and volunteering for the J.K. Kapnek Trust, a pediatric AIDS fund, for many years and had always heard about the possibility of going to Zimbabwe. Such a possibility was the type of excursion you heard about and got nervous thinking of everything that could go wrong and expecting I would never actually commit to going. That was the case for my mom and me for most of my life.

I was never quite sure how one could know anything about an African country without immersing themselves in the culture of one. My mom and I had always been hesitant, but when the opportunity to travel to Zimbabwe came our way, we both seriously considered it. I was not aware how big a decision it was going to be. There were countless things we had to weigh in and account for, including our dog, our house, our jobs. We both soon agreed it was worth it. 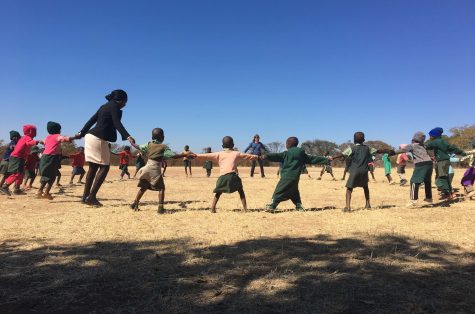 The J.F. Kapnek Trust was founded by James Kapnek, uncle of my family’s long time pediatrician, Dan Robbins. The Trust focuses on decreasing the transmission of AIDS, specifically mother to child. The Trust also focuses on bettering early childhood development, or ECD, and helping children with disabilities receive access to education.

Eight other teenagers from various schools coming from different parts of the country and I embarked on the opportunity to interact and play with the of Damvuri Primary School, as well as help refurbish an ECD building. In doing both of those simple things, I had the most memorable and important time of my life.

Driving to the school in a white, crowded Toyota van with our driver Jonathan, I had a lot of time to ponder what the next three weeks would hold. Jonathan quickly became a close friend, and he was never afraid to kill a spider, no matter the size. Jonathan was responsible for carrying us all around Zimbabwe, a country where driving is not common. Any traveling is usually by foot. Not many people venture far from their villages, usually living and providing for themselves and their family.

After all the time pondering, I still had no idea what to expect. Upon seeing the kids, they did not seem to understand what was happening. We first observed their classroom environment. We observed how they learned with their teacher; the main technique being call and response, usually by song. The kids all seemed so incredibly eager to learn. It was lifechanging to see how optimistic they are and how happy they are when faced with constant hardship.

Many of the children live far away; the average distance being eight kilometers each way, twice a day by foot. To help the kids make the journey, the schools have to serve food or else fewer children will come. Zimbabwe is a place that values education, and seeing how they implement song and how the teachers do so well with how few supplies they have illustrates an important aspect of life, and one that I can take forward.

At the end of the day or after a long and exhausting soccer match, all of the children would flood around us. All they wanted to do was give us a high-five, or maybe a fist bump. At the beginning of the first day, the kids were timid, but after only a single day of playing and interaction they became comfortable with us. All of us as well as all of the children formed friendships almost instantly. At the end of every day, children would wave goodbye and say “See you tomorrow!” On our last day, a lot of the children were crying, and a few asked me if I would ever come back. I told them I would be back, because I will be back.

Seeing all the effort that communities put forward to better themselves helped introduce a new set of values to my life. Even with an unemployment rate of approximately 90%, the people of Zimbabwe understand the importance of improving, and that is what they strive to do every day. I will carry on my life knowing that I have it well off, and that I need to stay optimistic and keep progressing, just like the country of Zimbabwe.