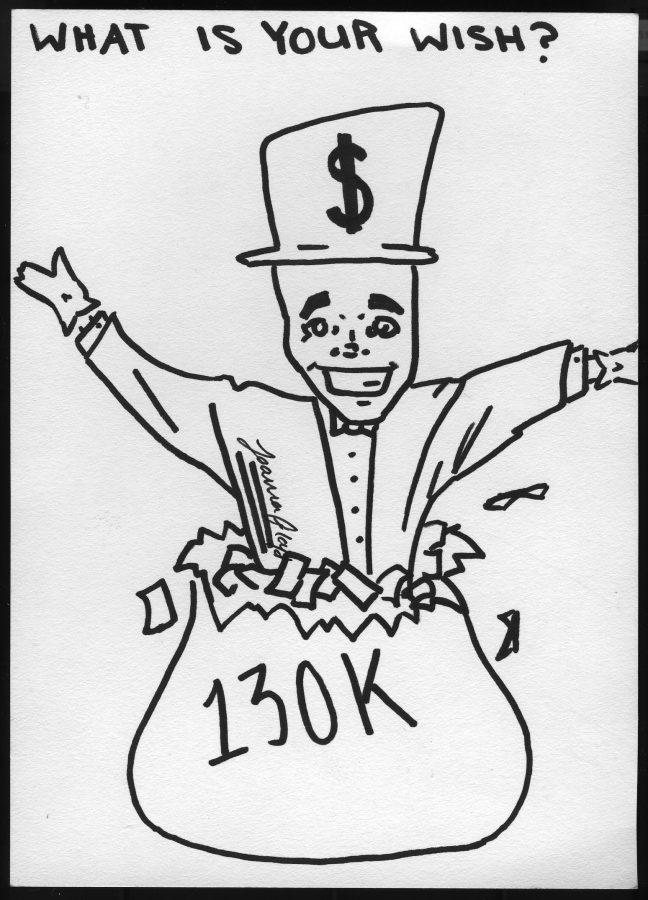 Leadership students are contemplating how to spend $130 thousand, uncovered recently in a dormant school account.

Students have a chance to improve the school with the revelation of an unexpected $130,000 recently tapped from a long unused student account.

Student Leadership is in the process of conducting surveys and collecting feedback from students on an appropriate use for the fund that will benefit all students.

The fund is one of many student accounts that Leadership and other organizations manage, which are overseen by the school treasurer. Set up about 10 years ago, it has not been used for many years and is currently being reevaluated.

Although Northgate students are just now being informed about the fund, the money is not a surprise to administration; it has merely been dormant for several years.

“It’s always been documented. It’s never been a secret,” treasurer Tina Laiho said. “Each month I print off a copy of all of the bank statements, a list of all of the activity that’s taken place in that month. And someone from admin also sees that each and every month and they sign off on it.”

Laiho explained her initial questions about the fund, including, “Is it earmarked for something special? Is this set aside in a different account for that?” Neither she nor the previous treasurer, who retired last year, could determine its intent, since the fund predated both of them.

“It is too large of a fund to have come from one specific thing,” Laiho noted, but remarked that it is certainly a student ASB account that has been drawn from over the years. She speculated that the money was originally placed in a savings account rather than a checking account in order to earn interest.

Students make decisions about the spending of student accounts – which this is – and a class, club or organization must propose, vote and sign off on any school expenditures.

Moving forward, the intention of the fund is for “all of us” to determine how to spend the money in a way that “touches the lives of this entire school community,” Principal Michael McAlister said in December.

McAlister didn’t specify whether a group or individual will make the final decision on how to spend the money, but he expressed hope that after extensive and transparent discussion that the final choice “will reflect the kind of generosity and purpose that makes Northgate so special.”

ASB president Eugene Lee explained the current process to discern the optimal use for the money. In early December, a small group of student officers reported to McAlister, who gave the students the task to find something that served all of Northgate, and to assemble a list of the ten best suggestions for spending the money.

Some of the suggestions that Leadership has brainstormed include new water fountains, textbooks, IPads, remodelling the parking lot, campus beautification, and hydration stations.

Leadership teacher Kourtnie Howerton mentioned surveys as a way to integrate the entire student body’s opinions into the conversation. “We can get every student to circle their top three out of our ten that we provide,” she explained, “but obviously open it up so they can provide their own suggestions, as well.”

Regarding the timeline for spending the money, Laiho explained that it could be spent over a period of a few years, and not necessarily all on one project or at one time.

“It takes a lot of time to determine the best way to spend that money; we’re not just going to say, let’s spend it because we have to spend it,” she said. “There are a lot of rules and regulations….it’s a process, and it will take several months of just getting our base of ideas down and eliminating the ones that aren’t possibilities.”

Regardless of the ultimate destination for the money, McAlister wants students to take the idea of the fund seriously.

“It’s not often that a group of students can leave a mark that will last for a few decades for the betterment of those to come next,” he said. “I’m excited at the prospects and have been very impressed with the ideas that are being offered.”