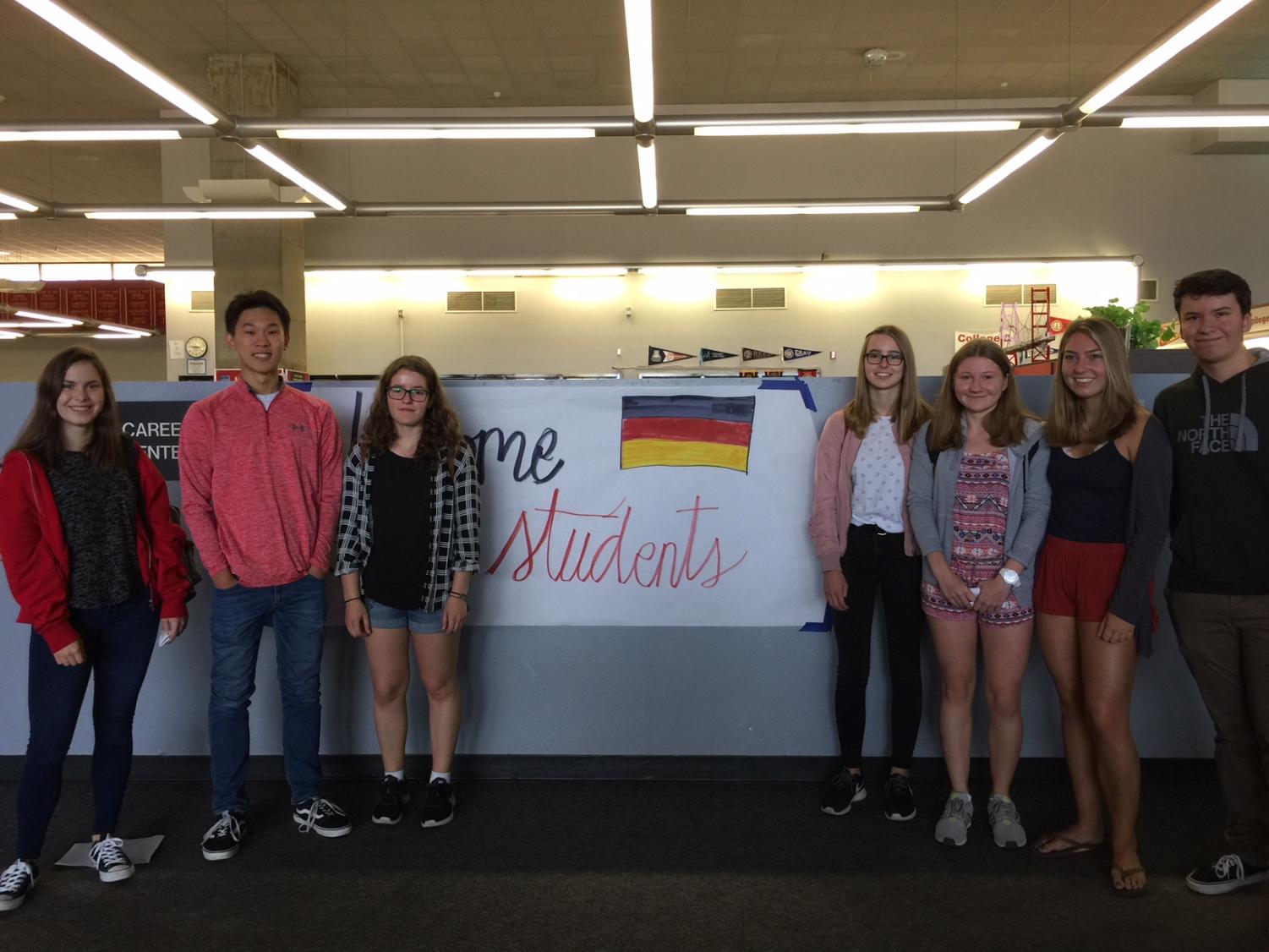 German students tour campus as part of an exchange.

Campus took on an international feel Monday as Northgate welcomed 20 students from Filderstadt, Germany to campus and the Northgate community.

The visitors arrived Oct. 14 in the first part of a student exchange and are staying for two weeks with Northgate students in the German program and their families. In June, Northgate host students will travel to Germany, completing the exchange and staying with the families of their guests.
Attending Northgate is a very different experience for the German students, who go to Eduard-Spranger-Gymnasium.

“We have a lot more tables and windows. I think our school system is a little bit better. We don’t have the same schedule everyday so it’s not as exhausting as I think it is here,” said exchange student Maitien Abele.

Plans for the day after the students’ arrival for a Sunday to hike to Stinson Beach in Marin Country had to be cancelled due to bad air quality from the Napa Valley fires that have raged since Oct. 8. However, the event was replaced with a barbecue for all of the guests and hosts.

Sightseeing for the two weeks include visiting downtown Walnut Creek, a unique experience for the German students who lack a downtown in Filderstadt, several days in San Francisco including Alcatraz. Saturday entails a trip to Santa Cruz where they will see Northgate’s Marching Band perform and then enjoy the beach and Boardwalk.

The visiting students say they are well prepared in English, as most have studied it since first grade. John Boehmer explained that he was in a bilingual English-German biology class last year. He also marveled at the size of Northgate.

“It’s so big compared to the German school,” Boehmer said.

Boemer’s host, junior Zende Wynn, said he has enjoyed having a guest, especially since he has no siblings. “It’s pretty fun having someone around,” he said. “We have walked around downtown.”

“It’s very interesting to learn about their culture,” said junior Kirby Galbraith, host of Noeme Brumbach. He added he is looking forward to traveling to Germany in June, after school is out.

“So far it’s going great,” she said on Monday, the first of several days the visitors will attend classes with their American hosts. “They seem to be content.”