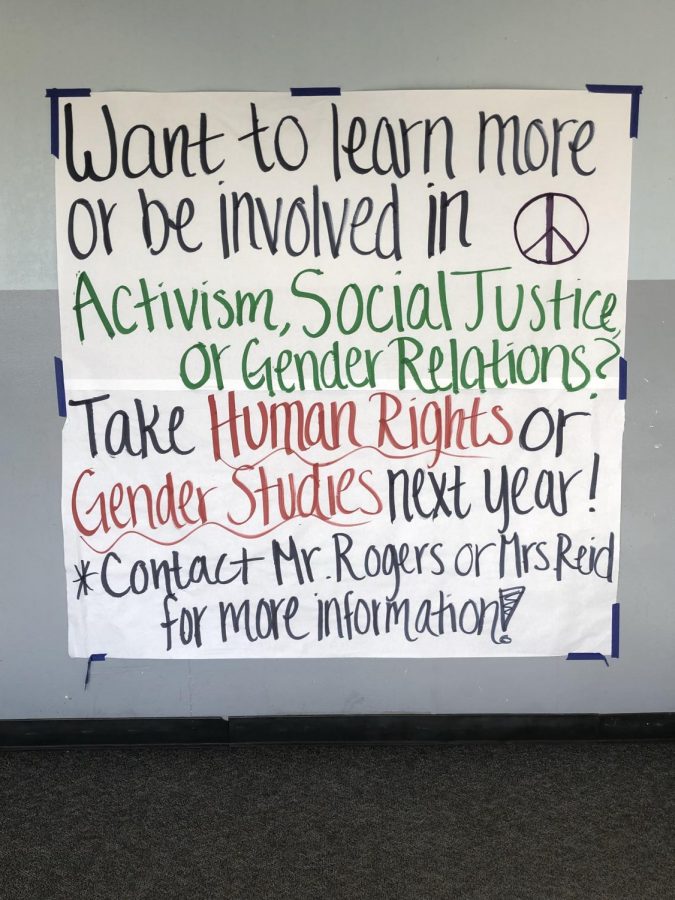 Northgate is offering an elective gender studies course for the first time.

Northgate to offer first gender studies class in the district

With gender roles and issues becoming an increasingly important aspect of society, students will now have a chance to educate themselves on the issue. Next year, Northgate will offer a gender studies class as an elective course.

The course will explore gender relations and how they play into effect in society, and will involve reading, discussion, writing and community outreach. Students of all grade levels are allowed to take the elective class.

“I hope we get people who are interested in being thoughtful about issues,” English teacher Rosie Reid said. “They don’t have to have the same opinions on those issues. In order to do that we need a diverse makeup of the class.”

Reid has proposed the course, which will be the first in the Mt. Diablo Unified School District. According to its description, the course will explore “social, political, and economic discrimination,” as well as “existing gender bias within existing power structures.”

“I do see interesting gender dynamics at play here at Northgate,” Reid said of the motivation behind starting the class. “I think we often think we’re more equal than we actually are. Whenever these questions come up in class discussions people get incredibly heated about it and I want us to be able to have a longer, more thoughtful conversation about that in a safe community.”

The proposed genders studies class comes at a time where 1-in-370 teenagers identify as transgender and 36.9 percent of transgender teens have reported being physically harassed or assaulted, according to The New York Times and The Washington Post, respectively.

“The goal of the class is to first expose people to the idea of heteronormativity,” Reid elaborated. “Most people have never considered the idea that there’s an alternate way of looking at the world.”

Students are optimistic about the visibility the course will bring to issues surrounding gender.

“I believe this class will specifically help the male population understand things women go through and that they still face harassment and inequality every day,” sophomore Matthew Giesecke said. “They will come to see that the fight is not over and that people are not over-exaggerating when they have feminist rallies, as the cause is very much alive and real.”

“I think it’s a good idea, especially right now when gender is becoming a more fluid concept,” commented junior Stephanie Betova. “People are more open about being transgender or nonbinary so it’s important to be informed about it.”

Reid said she encourages students to see an academic counselor to add this course to their schedule for next year, and is “calling all people who are interested in the topic whether they are strongly opposed to an issue that comes up or strongly in favor of an issue. That’s what makes a good discussion and that’s what makes real change.”